Offset Clout ft Cardi B: “Clout” is a song by American rapper Offset featuring guest vocals from American rapper Cardi B, released as the second single from Offset’s debut solo album Father of 4 on March 15, 2019. Although the song initially charted following the album’s release, it reached the top 40 of the US Billboard Hot 100 after the release of its music video in April 2019. It received a nomination for Best Rap Performance at the 62nd Grammy Awards, marking Offset’s first nomination as a soloist outside of Migos.

The song Offset Clout ft Cardi B is a criticism of those who use others for fame, including social climbers or “clout chasers”, with the lyrics calling out those who have “the IG disease”. “Clout” marks Offset and Cardi B’s fifth collaboration, following “Um Yea”, “Lick (Remix)”, “MotorSport” and “Drip”.

Writing for AllMusic, Fred Thomas opined that the song “is made by Cardi B’s high-energy, high-confrontation cameo.” Charles Holmes of Rolling Stone found Cardi’s performance “brutal, swift and nimble” and considered it among the best on the album; he noted the song features her “dismantling a variety of unnamed detractors: rappers, blogs, trolls.” In NME, Sam Moore opined that Cardi B demonstrates “her show-stopping prowess” in her verse.

HotNewHipHop stated that “hip-hop’s power couple” delivers “the hardest-hitting banger on the project, blasting the opps while they’re at it.” In Exclaim!, Kyle Mullin described it as a “swaggering, ominous keys peppered” song, where Cardi B sounds “like the biggest rapper in the world as she nimbly mocks gossipy, nosy haters trolling her in vain.” Similarly, Highsnobiety‘s Thomas Hobbs said that her verse delivers “a necessary dose of energy.”

In Consequence of Sound, Wren Graves found “explosive potential” in the song, and noticed that in an album lyrically centered on his personal life, Offset “has retreated to platitudes” and “turn their attention to bloggers” instead of giving details about their relationship, further commenting, “perhaps the marriage wasn’t in a place where the couple felt comfortable discussing it.”

Brian Josephs of Entertainment Weekly deemed the song “a gem”, “anchored by a Cardi B verse” to “express her indignation,” and noted the hook “features a relatable amount of deadpanned disgust;” however, Josephs felt “unfortunate” that “a song about clout chasers is a highlight from an album introducing a family man.” Trent Clarck of HipHopDX felt the performers “can absolutely do better. 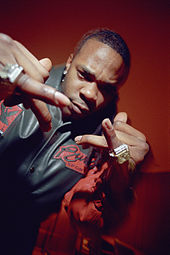 The Daniel Russell-directed music video was announced by Cardi B on April 16 and released on April 17, 2019. Offset and Joseph Desrosiers Jr. served as creative directors. It features Offset and Cardi B delivering their verses in a yellow and black hall of mirrors. Offset plays piano while wearing a couture hockey mask, and then uses a bright-yellow chainsaw to cut a birthday cake. Cardi B is shown in an all-yellow outfit in a pile of lemons, and also wearing all-black leather bondage outfit giving a lap dance to Offset in another scene.

It was inspired by Busta Rhymes’ video for “What’s It Gonna Be?!” featuring Janet Jackson (1999). In Stereogum, Tom Breihan praised it saying “the whole thing rules” and called it “a really great music video.” Vulture called the video “mostly just an excuse for Offset to show off his piano fingers and Cardi to get her freak on in some increasingly elaborate outfits”.

[Pre-Chorus: Offset]
Straight out the streets to a penthouse, Miami beach (Yayo)
Niggas talk crazy on tweets (Who)
They don’t want it ’cause I come to defeat (They don’t wanna)
I peep, these niggas all sweet (Weak)
Bamboo sticks all in the Jeep (Brr, brr)
There’s a new weirdo every week (Weirdo)
Get the whip, put it up for my seats (Put it up)
No cure for the IG disease (No cure)

[Verse 1: Offset]
Bitch, watch your mouth (Watch it)
Bitch, stay in your place (Place)
Bitch, get out the way (Move)
My bitch on your ass, Kim K (Yeah)
No disrespect (Nah)
The nigga be tripping, but we love Ye (He tripping)
Swapping our cars with my bitch
I bought her the Lambo she bought me the Wraith (Swappin’)
Practice, practice, practice make perfect
Nigga, it’s never too late (Never, never, never)
I took the ssss outta the snake (I took the soul out the snake)
Then I take the bills up out of the bank (Racks)
The blog and the media fake (They fake)
Shorty DM me, I’m straight (I’m straight)
I’m not gon’ bite on the bait (Nah)
Sippin’ on toxic waste (Mud)
On the low with your bitch and it’s great (On the low)
Mask on her face, Jason
Run to the set, we in shape (shape)
If I go broke she gon’ leave, escape (She gon’)
I put two mill’ in the safe just in case, don’t go my way (no cap)
My kids gotta have money, not just me (Facts)
That’s selfish (It’s selfish)
Oh, I took the crown off the king like Mike did Elvis (Oh, I took it)
Ooh, the world is wild, he dying
Don’t lie, that don’t help him (World is wild)
Ooh, your bitch want to eat up the drip, and you cannot help it

[Pre-Chorus: Offset]
Straight out the streets to a penthouse, Miami beach (Yayo)
Niggas talk crazy on tweets (Who)
They don’t want it ’cause I come to defeat (They don’t wanna)
I peep, these niggas all sweet (Weak)
Bamboo sticks all in the Jeep (Brr, brr)
There’s a new weirdo every week (Weirdo)
Get the whip, put it up for my seeds (Put it up)
No cure for the IG disease (No cure)

[Verse 2: Cardi B]
Look, whole lotta people need to hear this (Facts)
It’s a lotta names on my hit list (Bap, bap)
Mouth still say what it wants to (Woo)
Pussy still wet like a big bitch (Facts, facts)
I should run a whole blog at this rate (Phew)
They using my name for clickbait (Clickbait)
Bitches even wanna start fake beef (Fake beef)
To sell their little weave and a mixtape
They know I’m the bomb, they ticking me off
Saying anything to get a response
I know that mean they traffic is low
Somebody just gotta practice to launch
So fuck being tamed, I’d rather be wild
Bitches is Brandy, they wanna be down
Soon as these bitches got something to sell
They say my name, say my name, Destiny Child
Everybody wanna be lit, everybody wanna be rich
Everybody wanna be this, if I was you, I’d hate me bitch
Free my Primes, nigga, suck my dick
All of that talk and I’m calling it out
Public opinions from private accounts
You not a check, then you gotta bounce
I got the drip, come get an ounce
They do anything for clout (Clout)
Do anything for clout (Whoo)
Bitches is mad, bitches is trash (Errr)
Oscar the Grouch (Grouch)
Seeing me win, they gotta hurt
Ooh, ooh, ouch
Said when they see me, what they gon’ do?
Bitch, not from the couch, bah

“Body” is a song by American rapper Megan Thee Stallion. It was released on November